Honourable Members of the European Parliament and Spitzkandidaten,

Honourable Members of the European Council,

Honourable Members of the European Commission

This open letter to the European Institutions was decided upon in the context of the work that more than eight hundreds of young people have carried out between March 2017 and March 2019 concerning Euroscepticism on one hand, and raising awareness among young people undertaking training programmes or following socio-economic integration pathways of the importance of taking part in the European debate and encouraging them to vote to the coming European elections of May 2019 on the other hand. Thanks to the Europe for Citizens programme of the European Commission, and the two “EU.COOL” and “VOTE4EUROPE?” projects, these young people aged between 16 and 35 gathered in Brussels, Athens, Bucharest, Monza, Liège, Barcelona, Cluj-Napoca, Ajaccio and Poznan. They debated, exchanged ideas, shared feelings, perceptions, and experiences about Europe. These youngsters do not attend Higher Education Institutions or Universities. They are registered in qualification or socio-economic integration programmes. They are learning a trade; they are preparing to enter world of work. Most of them are European citizens, coming from working class neighbourhoods, the suburbs, or areas where things are not always easy and where many have ‘struggled’.

Some others dream of becoming European citizens. They live in reception or accommodation centres. They come from Syria or Iraq, from Afghanistan or North Africa… Some have crossed the Mediterranean on a dinghy or a considerable part of Europe on foot, before being received in Italy, in Greece, in Bulgaria, in Belgium or elsewhere. Sometimes they have been received in a kind and human manner. All too often, though, there has been a disregard for hospitality and denial of humanity that should be inconceivable on our continent.

During the seminars they attended, these young people were asked to express themselves on this Europe, on the opportunities that provides us with, but also on its failures. They considered the rejection of Europe by some, what we call Euroscepticism. They worry about the surge of nationalisms and racism, about the return of hateful ideas… They are concerned about their employment, the quality of training on offer, how they and their families will live tomorrow. They also worry about their security, what they eat, and their health. They care about climate change, pollution, overpopulation… But they strongly believe that Europe must be an answer to their fears.

Here is what they wish to tell you:

“We want Europe to wake up and start caring about what’s most important to us now and in the future: a better life, employment, security, equity and justice. We expect from Europe that it recognize the value of its youth, that it listens to and takes care of it; to care more about the interests of real people than those of companies, banks and traders.

We want Europe to give back meaning to work- that is, to work that has a purpose and meaning, not just the kind that brings wealth. We want to exist in the eyes of politicians, in particular of those who are making Europe.

It is us who, in the past few months, have demonstrated in the streets to demand that you do your job to save the planet. It is us who will be here tomorrow and will have to live with the results of you indecision, to repair the damage if we still can… We are having trouble understanding that you don’t understand, or that you pretend to not understand. When we try to talk to you, you do not hear us or you snub us, often with complacency, sometimes even with the arrogance of those who think they know but, in reality, know very little. You find these words harsh? Well too bad. They are only the result of our disappointment, which might yet turn into anger and resentment if you continue to ignore our voice, our desire for change. Know this: we have demands! We are young but we know what we want and above all we know what we don’t want anymore: your indifference. It hurts us and angers us. Continue in this way, and we will turn away from you. Is this what you want?

We have spoken a great deal about Europe. In the course of our “EU.COOL and VOTE4EUROPE?” seminars of course, but also after, amongst ourselves and with those close to us… We know what it brings; we understand that we need it. But we also know that it is dying from conformism, from submission, from complacency, from spinelessness.

If Euroscepticism has manifested itself so much in recent years, maybe Europe as it is, as it has become, has something to do with it? We no longer have time to regret this, we don’t want to complain, we are demanding what is just and necessary! We want action, facts, change. Now. And do not tell us that these are just slogans and that is it easy to demand, to request and to claim! We did not force you into this position. It is your own ambitions that have led you here. So take responsibility for your choices and ambitions. It is up to you…

On behalf of the “EU.COOL” project

On behalf of the “VOTE4EUROPE?” project 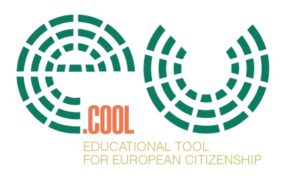 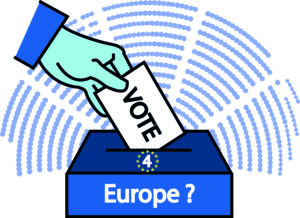 The content of this site is the sole responsibility
of its publisher and the European Commission
is not responsible for any use that may be made
of the information contained in this website.